Special Founder’s Spotlight: The Guy Who Ties the Knot

Jerry Clark is a man of seeming contradictions – accomplished business professional and contributor, yet nearly a rock star!  On the one hand, Jerry is the one to go to if you want to sell your business.  He’s the founder and managing officer of SealedBid Marketing, Inc. (“SealedBid”), a boutique M&A firm in Minneapolis that’s acquired a reputation for success in the lower mid-market.  SealedBid celebrates its 25th anniversary in 2018, and that kind of longevity provides some insight into the man at the helm.

His colleagues and his clients will tell you that Jerry has a near-magical talent for closing successful M&A transactions.  No one deal is the same and Jerry has a knack for: 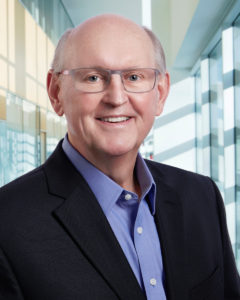 But Jerry is not just all about deals.  He is also a contributor through his roles as past president of The Minnesota Golf Association, member of the International Business Brokers Association and M&A Source, past president of the Minnesota-Dakotas Certified Commercial Investment Member (CCIM) Chapter and many time speaker/panelist.

But on the other hand…that career, that life, almost didn’t happen.

That’s because Jerry was also a guitar player in a rock band.  He’s an artist, a musician, a flexible, creative, right-brain kind of guy.  He’s one of the founding members of The Epicureans, a 60s rock band that has been inducted into the Minnesota Rock and Country Hall of Fame.

“We traveled throughout the Midwest,” Jerry recalls, “we played clubs and ballrooms back in those days, a lot of college bars, and then we recorded a song in 1966 that just about made it called ‘Baby Be Mine.’”

In the 60s and 70s, Jerry was on track to build a successful career in the entertainment industry.  He managed many rock bands in the 60s and was a rock concert promoter and bar/ballroom owner in the 70s, rubbing shoulders with nationally-known bands like Dr. Hook, REO Speedwagon, Styx, Cheap Trick, Black Oak Arkansas and Starland Vocal Band to name a few.  For five years, in the 70s, Jerry promoted the Southern Minnesota Rock Spectacular, an outdoor rock concert that drew up to 10,000 people.

For two decades, Jerry was playing, managing and promoting rock ‘n roll, and his lifestyle couldn’t have been farther from the world of business mergers and acquisitions.  He tells the story of his teenage band arriving at a bar to play a gig, only to find that it had been taken over by Hell’s Angels.  The stage was so tiny, the space was so tight, and the neck of his bass was so long, that he couldn’t stop poking a biker in the head with his guitar.

“We were jammed in there…and I kept accidentally bumping this guy,” Jerry explains, “this was a big guy with a spiked helmet, and I said, ‘Sorry man,’ and he said ‘Okay, okay.’  Then I did it again, and I said, ‘Sorry, man.’ And the third time, the guy said, ‘Don’t let that happen again.’  So we were playing with our guitars stuck next to our bodies and pointing straight up to the ceiling.”

He was once robbed by two men in ski masks, but turned the tables with a bold, spur-of-the-moment gambit.  “In the 70s, I had to take the cash bag to the bank deposit box after the bar closed because there were no credit cards…it was all cash,” Jerry recalls.

“They showed that they had guns in their pockets…And I told them, ‘There’s no way I’m giving you this.  I know your name, I know who you are!’  And I said one of the guy’s names, and they looked at each other, and they turned around and ran.  It was probably one of the dumbest moves I ever made in my life,” he laughs, “but I did it.” 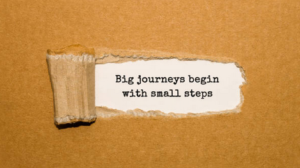 Jerry’s success as a rock promoter soon opened the door to a tempting offer that proved to be a turning point in his career.

“I had a chance to go national…to work in the entertainment world in Los Angeles.  My wife (Betty of 50 years in 2017) and I talked about it, and we preferred not to move to L.A., so I made the entrance into selling small businesses.”

Jerry turned away from the world of rock n’ roll and entered the business world.  But he brought a rich and varied life experience with him, and many skills that would prove invaluable to his new line of work: knowledge of contracts, a history of working with a wide variety of people, and most of all, experience negotiating.

“My father died when I was 15,” Jerry explains.  “I was put in a survival mode at 15 because I had to fend for myself. It was…the school of hard knocks, learning how to run a business.  I ran all the operational parts of the band, the bar, the concerts, you name it.  I did the booking, the financing, the taxes, I did everything.

“I was negotiating from the time I was a teenager.  Through my twenties, I was always in the process of negotiating, whether it was booking the band, getting the right price for the band, the longevity of the show they were going to play… I was a one-man business show.

“So I think the negotiation aspects early on, in all phases, whether it was how much you’re going to pay, what bands you’re going to get, working with contracts at an early age…kind of set the framework for when I started to work.”

Jerry says that his life experience of working with all kinds of different people helped him hone the listening skills that are so critical to successful negotiation.  “From dealing with musicians, to people in the food and beverage industry, working with people on the other side of the bar, you might say, to working with the golf association, which is a totally different type of political environment…it’s definitely been advantageous to work through all of these different venues.

That why it’s…good in our business…to really be able to bend but not break in the process.”

When he entered the M&A world, Jerry learned the ropes by working as a broker.  “Working with smaller, main street businesses, I did all kinds of hand holding and scrubbing to create successful transactions – – for 13, 14 years I had a lot of success doing brokerage for a variety of small businesses.”

“And then, after that…I took a contract for the government as a regional sales center director with the Resolution Trust Corporation.  I was given a management role with a team of people overseeing multi-million and mega-million dollar transactions of varieties of types of businesses that were held by the failed savings and loans.”

Jerry honed another important skill while he was with the Resolution Trust: attention to a methodical and orderly transaction process.

Jerry founded SealedBid Marketing in 1993 upon the dissolution of the Resolution Trust Corporation.  He was at first focused on the sale of distressed companies, but he quickly embraced the economic boom of the ‘90s to add the sale of profitable companies to SealedBid’s services which is the company’s primary focus today along with providing buy-side services to both strategic and financial buyers. 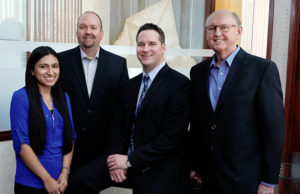 His company and reputation quickly grew from a mostly non-Metro-based clientele to the current headquarters in Edina to service not only the Minneapolis/St. Paul area but clients all over Minnesota.  The expansion eventually continued to include neighboring states in the upper Midwest, and occasionally clients across North America.

And what was once a company that consisted of Jerry and one assistant has grown into a small but skilled transaction team.  The core team includes Vice President Blake Johnson, Senior Advisor Bill Clark (Jerry’s son), and Marketing Specialist Isabel Meza.  But the full team totals about 10 people across various functions.  The team concept is a crucial element for Jerry and plays to SealedBid’s overall transaction process and success. 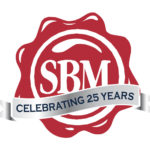 Now, on the occasion of the 25th anniversary of SealedBid, Jerry reflects on the satisfaction of using all the skills gleaned from his unlikely career path to bring his client together with the best possible buyer for their company.  “What I most enjoy doing, is getting our team together, figuring out an avenue that we have to move forward with our prospective client, getting that done in the most pragmatic way possible to accomplish their goals,” Jerry says.

If you are interested in learning more about SealedBid, our services or our team, please do not hesitate to contact us at (952) 893-0232.  SealedBid will work closely with you, your financial advisor, attorney, accountant and banker from the initial stages of pre-marketing through closing and post-closing.